For another assignment, we are given some vulnerable C and C++ programs which the user or a hacker can exploit with a buffer overflow attack (stack smashing). Thankfully, most modern compilers have built in protections (such as canaries) to avoid stack smashing attacks. 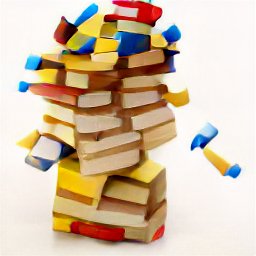 But for the homework, we are asked to compile the code wihtout protections (or to find an old compiler that didn’t implement protections)… and then exploit it!

I’ll share them here to help you if you are in a similar situation.

In linux, you can use the terminal and GCC (compiler) to package your code… switch the “yourprogram” name to the actual name of your program and run this in the same directory where the program is….

“theprogram” is an arbitrarily set name for the compiled C/C++ code… you can keep it or change it… but you must remember it..

Now to run the code, you can write “./theprogram” (without quotes) and it will execute the main() function. If you want to add an argument, then just do as follows: “./theprogram your argument here”. in the challenges we are using, you may have to fill the char buffer[64] before you can cause the overflow and execute your attack. In that case, fill the argument with at least 64 characters… if you want to save time, you can have a pytho program pipe in the characters.

This will place 64 A’s into the argument of your program.

Another useful trick is to use the object dump:

If you want to find the address of your function “functionName” which will come in handy for some of the challenges.

Another useful source is to just find an old VM to run the attack in… this one is quite common, we used the protostar one. I set it up 1024 mb of ram, 2 cores, and 32 bits with ubuntu in virtualbox… once set up, the username is user and password is also user… then you can use ssh to communicate and do the challenges or run code…

To start, move to the right directory, then list all the files/folders below:

Collection of posts on the subject